We can’t quite believe that Sea Venture remains on the hard after the waterspout damage to the marina in June, but there she sits. She pouts a bit. She doesn’t like the inattention to her appearance. She’s feeling old and ill-used.

Michael reminds her that he’s trying and that as soon as she’s waterborne again, we’ll massage her brightwork and make her shine.

In the meantime, we’re installing a bow thruster. Yes, we’ve fallen that far. No longer do we proclaim that as real sailors we will rely solely on good seamanship to slither into marinas. Understand, please, that here I use the royal “we” because all graceful slithering has been the job of Captain Michael. I’m the lasso artist who tosses the line and grabs the cleat. No, we do not jump down onto docks in an attempt to maim ourselves.  Michael handles Sea Venture with professionalism, using skills perfected when he flew off aircraft carriers. He’s good. But sometimes the wind and the current force us to stay away from an unyielding dock, a trick we can’t employ as readily here as we could in our cruising days because good anchorages with enough deep water are few and far between. Here we’ll be motoring more as we travel up and down the ICW and will be staying in more marinas. We won’t have the luxury of waiting for the wind to die or the current to cooperate. 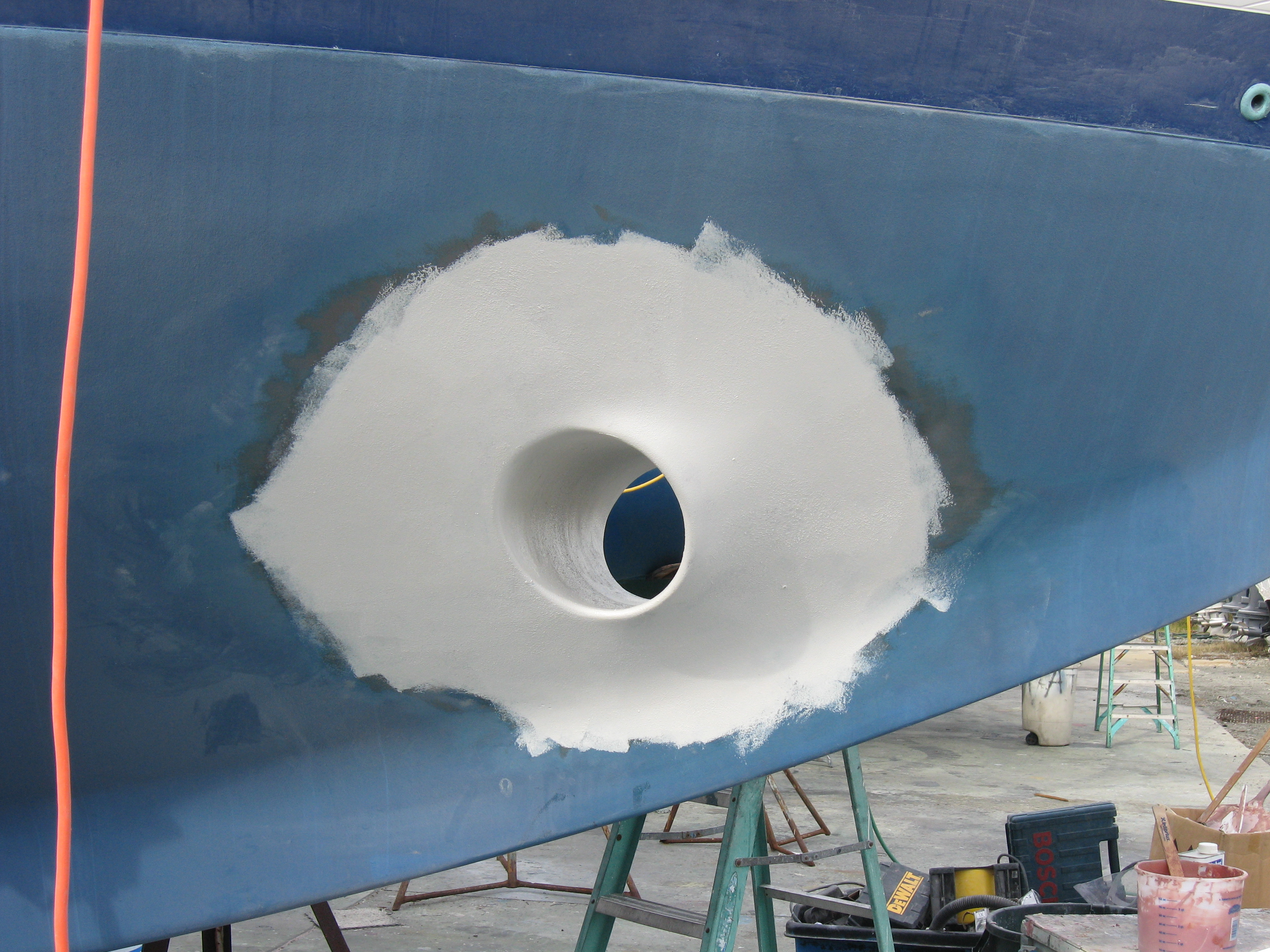 This is the tunnel. The thruster arrived damaged, so we’re awaiting a replacement. There’s always something. I should never have prayed for patience.

5 Replies to “While We’re on the Hard”