SAILING OUT OF DARKNESS Sold (Finally)

Perhaps the manuscript’s saga will encourage you to hang on and believe in your dreams, too.

Picture a sailboat and a sailor and years from there to here. During that more-than-a-decade, we ventured forth on oceans and seas, living a life that changed us both. The photo below captures a moment in time, just before a storm slammed us as we crossed toward the Baja Penninsula. Mere hours later, the Sea of Cortez kicked up a mess, and Sea Venture tossed her nose about in nasty waves during a particularly unpleasant night. (And the bow planking went walkabout. I wonder where the pieces landed. Still, I digress.)

The journey from the story’s conception to this latest publishing contract spanned years (and years and years). I began writing Sailing out of Darkness long before we set sail, when my only boat was a small sharpie and my sailing territory very close to home. My first agent helped me craft its ending and worked with me until I understood exactly what she meant. She taught me quite a lot, and I’m grateful.

But she couldn’t sell it. Nor could she sell the next one.

So, I wrote two more stories as we sailed from California and down into Mexican waters. Occasionally, I took this old story out and dusted it off, rewriting bits and pieces, twisting it and turning it, adding poems, chopping poems, giving it a facelift as I changed point of view characters. Readers came and went, some giving good advice, some not.

In the middle of the voyage, I changed agents, signing with Terry Burns of Hartline Literary Agency. I became his assistant (lovely Internet) and worked from my waterborne home. He began to submit my stories here and there. And then there and here.

Poor Terry. I’m probably the most frustrating of his authors, because whenever a rejection letter came from an editor, I rewrote–again–tweaking and tossing until the stories barely resembled the ones I’d first submitted. There were times when he didn’t know if we were coming or going. I can picture him, squinting at my emails from under his big Stetson, calling to his wife, Saundra, “She’s doing it again. Gotta sit on that gal.”

About a year ago, I pulled Sailing out of Darkness from the recesses of my hard drive and realized that the entire mid-section needed bariatric surgery. So, slice, dice, and a  lot of ouch.

It was painful, and recovery took months. But the new and revised story felt right. Instead of all that fat from overindulgence as I tried to explain away my protagonist’s misdeeds, the slimmer story starts with her wake-up call.

I guess the editorial board at WhiteFire Publishing agreed enough to offer a contract.

(Here’s a picture more relevant to the story as we sail before a storm, en route home.)

In my role as editor for Wayside Press, I discuss how important craft is. Just as I studied with brilliant artists and teachers to hone my skills as a sculptor, so I’ve studied the writing craft and submitted myself and my words to red-pen professionals. I’ve written and rewritten until my eyes crossed. I’ve puzzled over rejection letter after rejection letter. But you know what? I’m glad the contracts waited until now. When I look back at those earlier versions of my work, I thank God for making me wait.

Perhaps you’ve a journey that makes you sigh or weep or wonder if you’ve been left behind. Maybe your journey has nothing to do with writing, but instead involves another dream, something you long to achieve. You haven’t yet found that yes waiting in your Inbox or received that promotion at work or taken that trip. Or found that mate.

I’d love to hear from you. What are your dreams? Where are you on the path?

Please leave a comment, and let’s encourage each other.

Traditionally published (many times over) author Sue Grafton created a furor in an interview on August 7 in which she disparaged self-publishing and called self-pubbed authors lazy. I think perhaps Miss Manners might have cleared her throat, stepped in with an “A-hem,” and suggested that Sue pause and reconsider. Too bad she didn’t.

The words are out, in print, and we know what that means. Maybe the mike wasn’t turned on, but it might as well have been. And now Sue’s words are creating a lot of hate and discontent. I’m sorry about that. 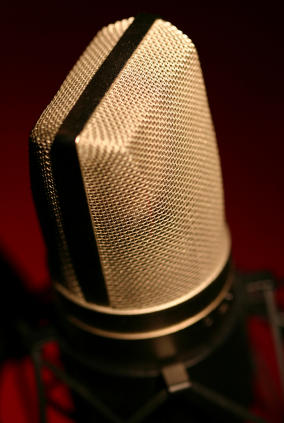 It seems so unnecessary. You know?

I work for a small, traditional press, and my first book will be published by another small, traditional press. I’m trusting the editor at that house will take as great a care of my words as I do for the authors we contract. But I’d like to say that my recent purchases of books from some big, traditional houses have not given me much respect for the care their editors showed before shoving those stories out the door. Good stories, sloppy editing.

No, I’m not a perfect editor. Fortunately for our authors, I have folk who come behind me in the process and have my back. But I’d like to suggest to Sue (and to anyone else who declares that a professional work can only come via traditional publishing) that perhaps she ought to take a step back and reconsider. There are some excellent freelance editors out there (I don’t freelance, just so you know), and many self-publishing authors use them.

Yes, there are some who are so eager to get their work in print or in an e-book format that they rush the process and imagine they can see their own mistakes. They can’t. No one can. They’re the ones who give self-published authors a bad name.

But let’s not tar all self-pubbed authors with that same brush. If we do, we’ll have to talk about the egregious errors that crop up in books from major publishing houses–all the time. Have I quit buying books by authors I enjoy because their publisher used a novice editor (or at least a careless editor) on their work? Of course not. I squirm a bit when I read these adjectives pretending to be adverbs or pronouns in the wrong case, but I read on–because the story is worth it. And I don’t hold the author responsible for the editor’s mistake. Now, if he or she had self-published and left in those mistakes? Well, I suppose I’d want to write a nice, friendly letter suggesting an editor for the next go round. A good editor.

Put on your author hat and help me out here, would you?

Your agent has submitted your story. Rejection letters accumulate even as contest judges continue to give that baby accolades and at least one win. (You want to hug those judges–or at least send them some Godiva truffles.) You rewrite for the zillionth time. One more tweak, or two or ten. Surely, another rewrite will do the trick. 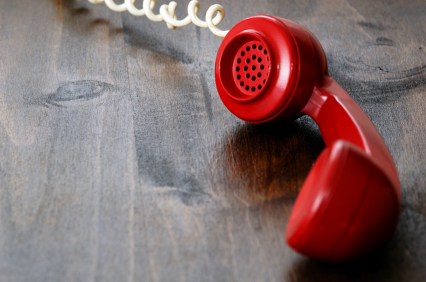 And then–glory, hallelujah–the phone rings. It’s your agent. Your knees begin to buckle. Three editors have shown interest, but here’s one offering a contract. You sign on the dotted line and wander the house, beaming, because finally, finally . . . FINALLY . . . you know you’ll have a book in hand. Your book. In your hand. (And, you pray, in many others’ hands, though that bit seems even harder to imagine than finally achieving a contract.)

The editor at the publishing house has yet to send you his or her suggestions. Meanwhile, you’ve still got a day job editing for others and three manuscripts in various stages of readiness. You plod along, tweaking, editing, rewriting, editing, reading, reading, and then you wake up one morning, quaking because once that final edit goes out on that contracted book, you won’t be able to tweak it again. Your name will be irrevocably tied to that bound copy or that downloaded ebook. 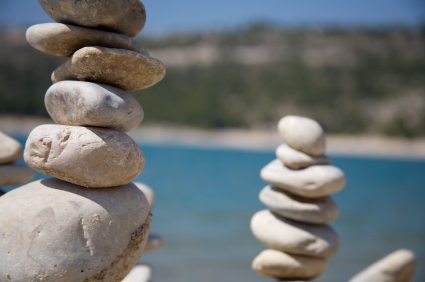 How do you finally decide that good enough is actually good enough? How do you finally say, “Okay, I will lay down that piece and move on to the next?” Is it when your contract deadline nears? When you’ve got to have the work back in the publisher’s hands–or someone’s going to be in trouble?

Because, I don’t know about you, but I’m always rewriting. I love to rewrite. And each of my stories has improved with age. So, where do I quit?

If you’ve held your book in your hands, are you satisfied? Do you wish you could have a do-over on any part of it? Or do you worry that one of your story layers will topple? Do you ever worry that one of those stones–a relationship or a conflict or a theme, or even merely a moment or scene–might have worked better if nestled with just a bit more care?

An interesting blogger decided to follow Sea Venture’s Journey (my sailing blog). Being the curious sort, I wandered over to see what I could see and found a repost from Catherine, Caffeinated. I’m sorry that the linking blogger didn’t leave any way for me to contact her. Still, I submit Catherine’s two cents because she’s a young woman who writes with wit and wisdom. No, I don’t plan to self-publish. But that doesn’t mean I can’t glean a thing or two as a writer. As an editor and a reader, I hope authors take heed.

We can’t read everyone’s words, but this gal has pizzazz. You know what I mean.

It’s too bad, really. I come across blogs like this, and I wonder what else I’m missing. I bemoan the lack of time to wander the blogsphere: I imagine I could learn and laugh and have an absolutely grand time.

Perhaps I’ll stumble on yours next. And won’t that be fun?

Check out Catherine’s advice for self-publishers in the post below.