I love Italy. I loved it from the moment I stepped from the southbound train onto the station platform and met a Canadian named Helen, a woman as lost in the language as I. We roomed together during her stint at the language school and became life-long friends. (To Helen Minshull, I dedicate these memories.) I loved Italy during the next two-plus years of studying in the small, Umbrian mountain town of Perugia.

I’ve never been as fit as when I climbed the Perugian stairs from one level to the next in those long ago days before they installed an escalator from the car parks to the town center. And I’ve never eaten as well as I did there–and for pennies per meal. (I know, that was back in the day. I won’t tell you how little it cost me to study and live and eat…back in the day.)

Years later, I visited again when my daughter graduated from high school. Three years after that, Ariana studied for a semester in Firenze, and I returned to travel north with her to the Italian Riviera.

Much has changed in that glorious country, but much will always be the same. Have you visited yet? Have you met the friendly folk who go out of their way to help strangers? Have you allowed their language, the language of amore, to flow over you and lighten your smile?

Italy figures much in my stories. Sailing out of Darkness (to be released by WhiteFire Publishing in spring of 2013) uses a town just north of Portofino as the setting for half of the story. Ariana and I spent almost a week in Rapallo, the seaside town that influenced my creation of Reggio sul Mare as Teo Anderson’s ex-pat home. 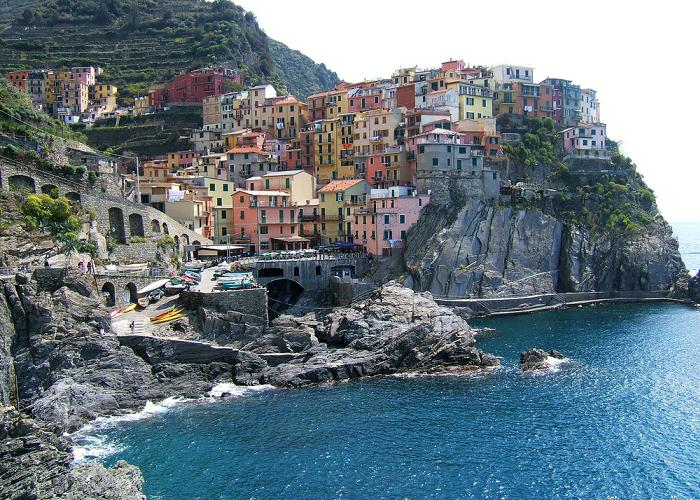 Reggio sul Mare is neither of these towns, and yet it is a bit of both. Sam sails these waters with new friends as she tries to recover from the past she left stateside. (To find out whether or not she succeeds, you’ll have to read the book!)

I’d love to hear about your trip to this magical place. Or the plans you have to visit. What do you like best about the country, about a particular area, a particular town? Won’t you leave a comment? Let’s talk Italy.