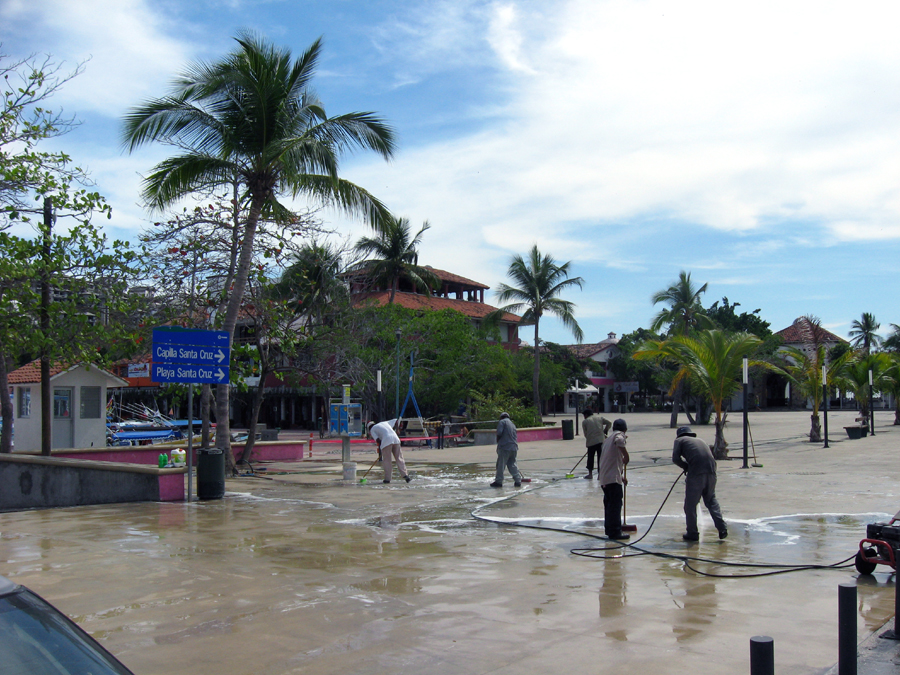 This essay made its first appearance in 2010 on This Southern Gal’s View of the World when blogger Linda Apple asked me to write a guest post while we were still cruising in Mexico. Wednesday morning, I received a worried query from friend and critique partner Robin Patchen. Did I have something I could send for her group blog? Immediately? As in right then? Which, of course, led me to my writing folder.

Now, making its second appearance in the blogging world, “Contrasts” is up at Quid Pro Quills.

Here’s a taste of what you’ll read there, along with some fun pictures from along the way:

Sipping an espresso on New York’s Upper East Side at an elegant sidewalk restaurant, I felt worlds away from the trash-strewn streets of the garment district through which I’d passed that morning. I had the same experience when I visited cities in Jordan years ago, and then later in Lebanon. I remember rolling rice into a ball as I ate from a plate of mansuf at the home of middle-class Jordanians. We were mere kilometers from the King’s palace, where riches slipped through jeweled fingers instead of outward to alleviate that nation’s poverty and the squalor of the refugee camps.

The rich of New York or Amman inhabit the same city as the poor, and the poor like it not. “The poor you will always have with you,” Jesus said. Which I suppose means that we’ll always have the rich with us as well.

The assumption seems to be that the rich fare better than their poorer brethren. But I’m not all that convinced that the rich neighbors in New York or Amman bask in the sublime either. There’s never quite enough, is there? Never quite enough money or things or good times or love. For either group. So, who lives in the greatest poverty?

Read the rest by clicking here.

2 Replies to “Contrasts: In Search of Happiness”